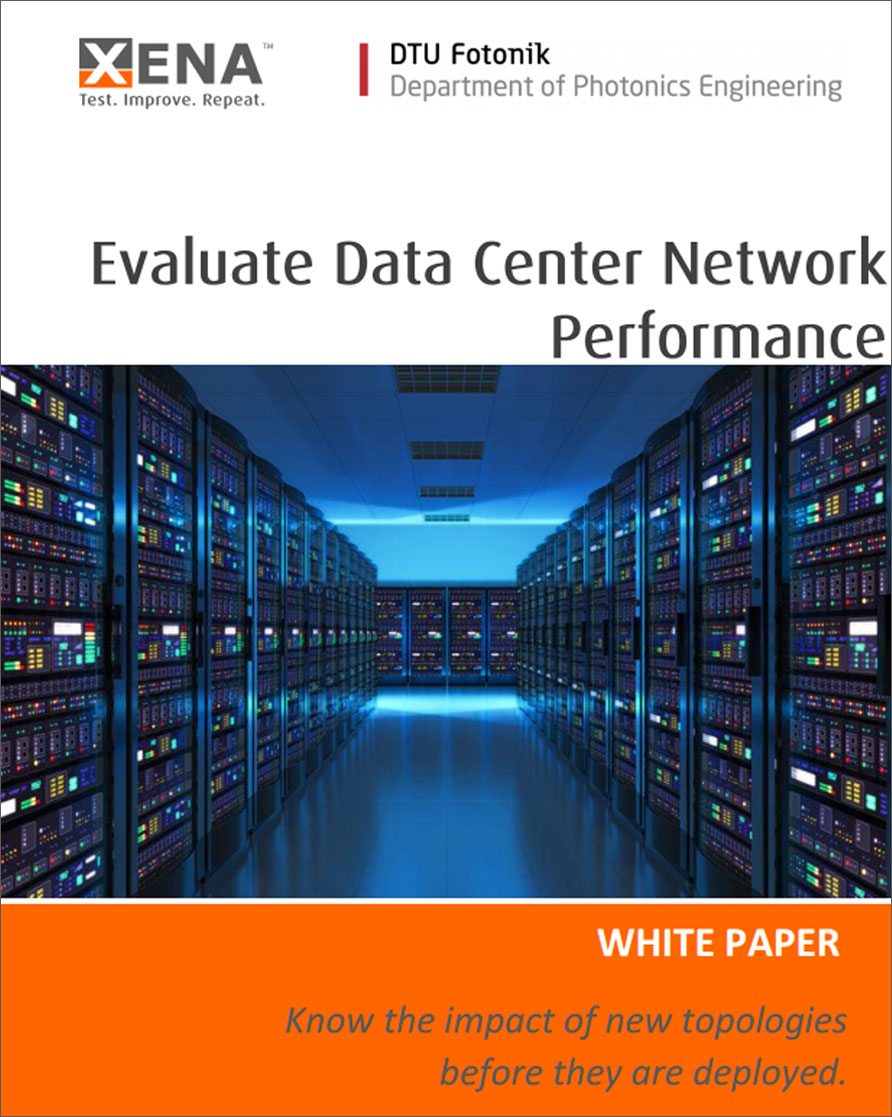 Read our new case study in how to measure the latency of data center network topologies with an SDN-based control framework and Xena test equipment.
Download White Paper

Data centers are the foundation for numerous services that many people today take for granted. Use of these services grows exponentially, causing large organizations to continuously establish new, huge data centers to support the increasing demands.

Tests can be conducted to measure latency and other performance parameters for different data center network topologies. It is however important that tests can be repeated and reproduced to have comparable information from the tests.

There are, of course, many topologies that can be used for data center networks. At DTU Fotonik, Department of Photonics Engineering, scientists evaluate data center network topologies with an SDN-based (Software-Defined Networking) control framework measuring network performance – primarily latency. This can be used to plan data center scaling by testing how a new topology will function before changes are made.

Data center network performance can, of course, be tested with Xena Networks solutions. To generate test signals with stateful TCP traffic the Xena Networks tester supporting layer 4-7 -VulcanBay – is the obvious choice. Testing at lower layers is supported by the ValkyrieBay and ValkyrieCompact test chassis equipped with relevant test modules.