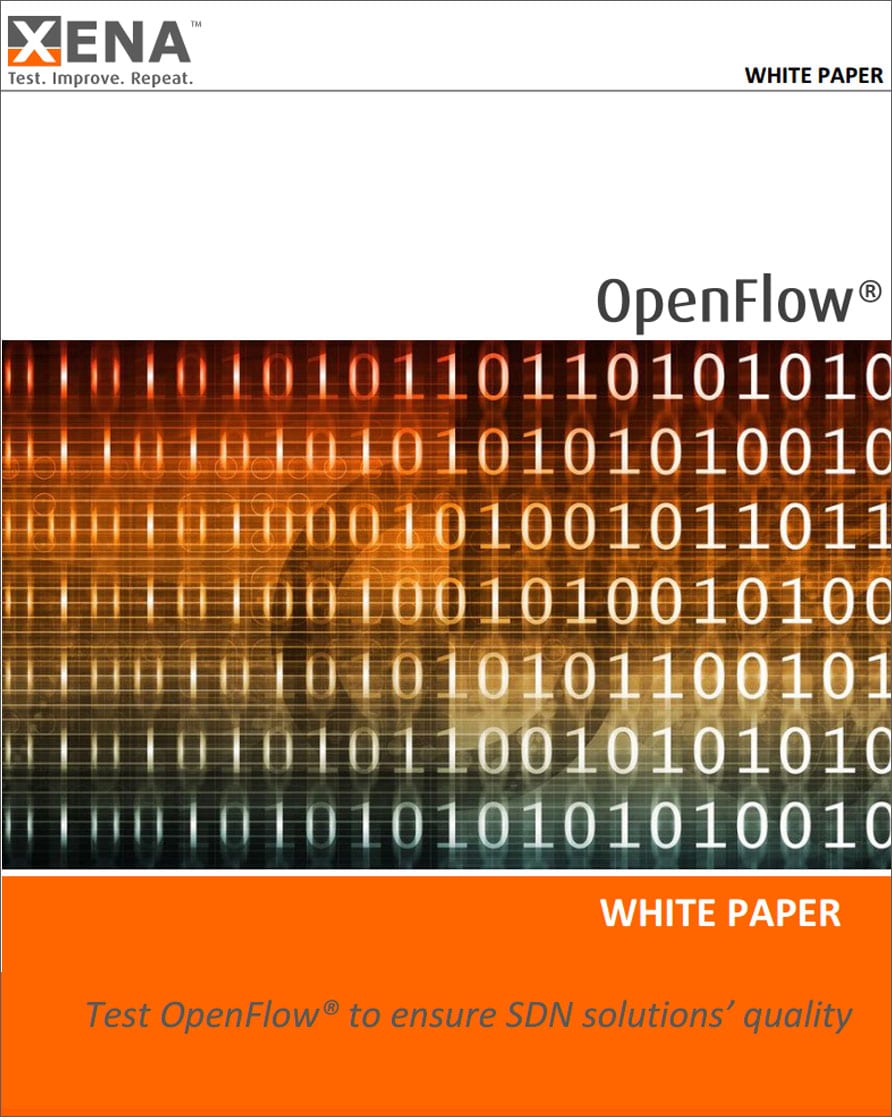 Networks have traditionally been built with dedicated devices like routers, switches and firewalls, each designed for a specific task. The result is totally distributed network control, where decisions on data forwarding are done in the network devices based on various algorithms and protocols. Once set up and configured the network works fine, but changing the behavior of the network can be costly and time consuming – if possible at all.

What is software-defined networking (SDN)?

Software-Defined Networking (SDN) is an alternative that allows more flexibility and faster configuration of networks. OpenFlow was one of the first standards for SDN and OpenFlow® products must meet clearly defined conformance test specifications conducted by authorized test labs.

In addition to testing conformance, it is often relevant to test the performance of e.g. SDN switches to validate how well the OpenFlow- enabled switch performs the OpenFlow message processing and data packet forwarding.