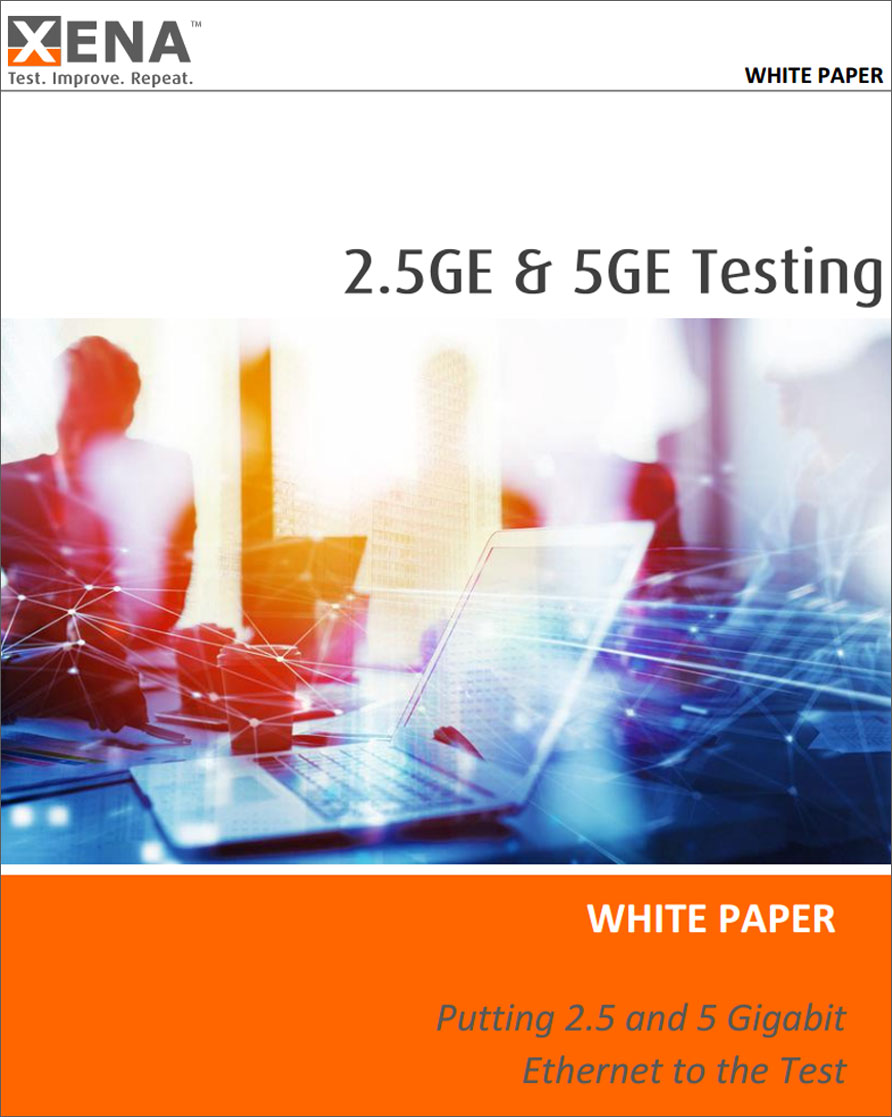 This White Paper examines the technical details of the new 2.5 & 5.0GE speeds and then shows how Xena’s Odin-10G-5S-6P-CU test module can test both the new speeds plus 100Mbit/s, 1GE and 10GE.
Download White Paper

In offices all over the world, the use of WI-FI connected devices like laptops, smartphones and tablets and bandwidth-hungry applications has grown rapidly while many companies support a Bring Your Own Device (BYOD) policy, permitting employees to use personally owned, WIFI connected devices at work.

As the industry moves to 802.11ac Wave 2 even more bandwidth between the APs and switches in the access network will be needed.

In most WI-FI installations the connection between AP and switch is a 1 Gigabit/s Ethernet link carried over an electrical cable.

The need for bandwidth could be solved by upgrading the connection between AP and switch to 10 Gigabit/s Ethernet, being the next higher data rate with the current standards.

This has created a need for Ethernet rates higher than 1 Gigabit/s, which can run on existing cables and provide increased bandwidth.

As a result 2.5 Gigabit/s Ethernet (2.5GE) and 5 Gigabit/s Ethernet (5GE) over electrical cables are now standardized providing 2.5 or 5 times more bandwidth on existing cables allowing companies to protect their infrastructure investment. This creates a demand for test solutions that can verify the new speeds.